The iRIS (Intelligent Risk Identification System for safer mines) innovation project contributes to the reduction of vehicle-related fires in mines by using an intelligent digital system. Thanks to the support of EIT RawMaterials, the system has been officially launched in all Swedish mines as of January 2019, with between 5000 – 10 000 controls on the Swedish market. Furthermore, the iRIS innovation project has developed educational material for both educators of inspectors and vehicle fire inspectors. The project team is currently working on a certification system that will be introduced later this year.

The background to the iRIS innovation project started in 2015 when the GRAMKO (Mining Industry Environment Committee) initiated a meeting due to statistics on vehicle-related fires in Swedish mines. The iRIS project idea was further developed and supported by the EIT RawMaterials funding. The committee was represented in the innovation project by the connected mines of Boliden, LKAB, Björkdalsgruvan and Zinkgruvan based in Sweden.

The goal of the innovation project iRIS is to decrease the number of vehicle-related fires in the mining industry by 20% within the first five-year period. The iRIS inspection tool and the database will be open for use in other fields as well. In order to make it easier to evaluate the future effect of implementing the iRIS system, evaluation indicators are currently under development.

The estimated cost for fires in Swedish mines is €2 000 000 per year, most of which are starting in vehicles. Initial studies show similar problems in other countries. Hence, this is a tremendous potential market expansion and commercialisation for a system like iRIS. Currently, three potential markets will benefit from the iRIS intelligent system, such as construction equipment, bus and insurance sectors.

The system will be licensed and create business opportunities for the project partners, SMEs as sub-suppliers for the mining industry, with the large benefit of contributing to a safer, more sustainable and more cost-effective mine.

From a national perspective, the iRIS system will include mandatory use of the inspection and reporting tools for necessary information, in case of occurred fires within GRAMKO jurisdiction in Sweden.

The team is now moving on to an innovation project FIREM-II (Fire and Rescue in Mines II). The new project focuses on a combination of wearable technology and wheel loaders aiming to put out fires in underground mines. 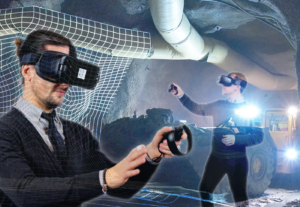 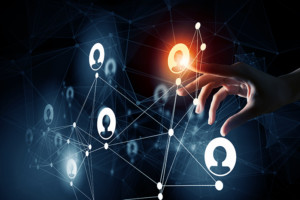 Establishing a vast network of raw materials stakeholders in the ESEE region READ MORE
Always up to date? subscribe to newsletter