An effective method to purify water leaking from mine waste deposits from nitrogen has been developed in the innovation project NITREM. The technology development has been driven by EU’s Water Framework Directive and will enable the industry to meet current and future discharge requirements. The outcome is a low cost and low maintenance technology ready for market introduction and customer testing.

The bioreactor technology was previously evaluated in a pilot-scale system at EIT RawMaterials partner LKAB’s Kiruna mine in northern Sweden, and is currently being tested in a full-scale operation at the same mine. The Kiruna mine is the largest and most modern underground iron ore mine in the world.

Our primary achievement is the full-scale implementation of the innovative bioreactor technology in an operational mining environment. We have been able to remove most of the nitrogen for extended periods at low temperature.

The NITREM innovation project has been running for three years and is developing a service that combines the geomorphic design of waste rock deposits, a water collection system, and a bioreactor technology to reduce the nitrogen content in the leachate from waste rock. A pre-study has investigated the implementation of the NITREM service in a new depositional area that will receive approximately 200 Mt of waste rock.

Detonations in the mine every night

EIT RawMaterials partner LKAB, an international high-tech mining and mineral group in Sweden, has been working for a long time to find methods for purifying process water and removing nitrogen from more diffuse sources such as waste rock deposits. Every night when LKAB detonates explosives in the mine, ammonium nitrate-based explosives are used. Residual nitrate remains after blasting and is ultimately left to leach from waste rock piles.

The nitrogen thus ends up directly in the mining and process water or ends up in deposits where it slowly causes diffuse emissions to surrounding lakes and streams. It affects the environment negatively, because nitrogen promotes the growth of algae and organisms and leads to eutrophication.

The NITREM service is applicable and targeted to the mining and rock quarry industries, and includes a geomorphic landform design for waste rock dumps, which provides benefits for bioreactor optimization and addresses the environmental and cultural sensitivity often linked with mining and quarry sites.

77% of the nitrogen removed from the water

In the summer of 2018, the first bioreactor within the EIT RawMaterials project was built near a waste rock deposit in Kiruna, Sweden. Now, two years later, water sampling shows that the bioreactor is an effective method of purifying water from nitrogen. The results also show that no undesirable gases are produced to any great extent.

During a 165-day sampling period, 77% of the nitrogen was removed from the water, which may be considered good given that this is a passive system that takes care of itself. Nitrate concentrations in the incoming water were around 70 milligrams per liter and in the outgoing water below 10 milligrams per liter.

LKAB is now reviewing the possibilities of building bioreactors next to the planned southern waste rock deposit at LKAB’s industrial area in Norrbotten in northern Sweden.

The benefits of bioreactors are many. It is relatively cheap to build this type of treatment plant and it basically takes care of itself. It seems to be a good method for purifying nitrogen-rich leachate.

Given the environmental and cultural sensitivity of areas surrounding mine and quarry sites, it is important that the aesthetic, socioeconomic and environmental impacts of waste rock deposits are minimized.

The Sámi are the recognized indigenous peoples of the sub-Arctic parts of Sweden, and a requirement for mining permits in this region is that waste rock dumps are restored with an ecologically-appropriate vegetation cover that enables the grazing by reindeer on these sites after they have been returned to society.

The idea in this project is to provide a service where the landforms created by waste rock will achieve and surpass standards set by companies and the authorities, while the bioreactor technology minimizes the environmental impact of nitrogen releases. 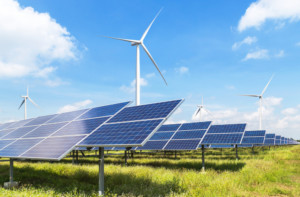 The Faster The World Decarbonises, The Higher Its Metal Demands READ MORE
Always up to date? SUBSCRIBE TO NEWSLETTER