Inkonova has developed new technology revolutionising the drone market and has secured a major investment from world-leading Terra Drone company. The route to success was based on fast product development with the support of EIT RawMaterials Booster funding in collaboration and expertise with forward-thinking mining company LKAB as their first customer.

Innovative robotics, payloads and autonomous systems for inspection and mapping

The Swedish start-up has successfully developed an innovative new underground drone that is one of the world’s fastest. While many drones navigate quite well in open-air daylight, a drone that navigates deep underground without GPS or satellite signals, or in dark areas without infrastructure, is rare. The underground drones are best used in the mining industry, where these are everyday conditions Inkonova TILT Ranger, using the newly developed Batonomous technology, is optimised for use in exactly this kind of underground environment. The technology is inspired by darkness navigation champions: bats, hence the name Batonomous. It enables navigation in unknown zones and darkness, previously virtually impossible with manual piloting. Driven by the demand of remote piloting to access areas that might be volatile for humans, the scope of use is now expanding to other fields such as planetary exploration, or warehouse and facility automation.

Inkonova development of the Batonomous technology was made possible by the EIT RawMaterials Booster funding and successfully released to the market in February 2018. With this technology developed, Inkonova secured their first commercial customer in major mining company LKAB validating Inkonova as a market player. The development of this groundbreaking technology also pathed the way for the company’s expansion. In 2018, major drone company Terra Drone from Japan invested SEK 3.1 million in Inkonova, and at the same time became a part of the board of the company.

EIT RawMaterials Booster funding was crucial for Inkonova ability to develop and purchase necessary components for the systems, develop platforms, prototype testing and developing the product. As a result, the innovative work of Inkonova will have a positive socioeconomic and environmental impact.  A direct effect is an impact on underground safety and productivity where the technology can be used to make significant improvements. Automation of tasks performed by humans in a mining environment instantly leads to elimination of risks with fewer incidents and injuries.

The next step is to develop an autonomous 3D mapping and monitoring system used to control a wheel-driven platform carrying a drone. The aim is to better approach and perform flights in underground environments otherwise difficult to access. The milestone for Inkonova was becoming a part of the EIT RawMaterials supported innovation project consortium UNDROMEDA (Underground Robotic System for Monitoring, Evaluation and Detection Applications), started in January 2018 and will continue until September 2021.

Like a fatiguing trek through mountains and valleys, a start-up comes across stations where it refuels to persist. For Inkonova, one of these stations was EIT RawMaterials that helped us with advice and connections, and last but not least EIT RawMaterials funding through their Booster call accrued for our Batonomous development, to cover a step of our journey, that eventually will end by our graduation and partial acquisition by Terra Drone, thereafter a new phase of company growth and technology development begins.

Success Stories Start-up and SME Booster
This might interest you 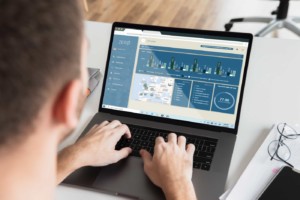