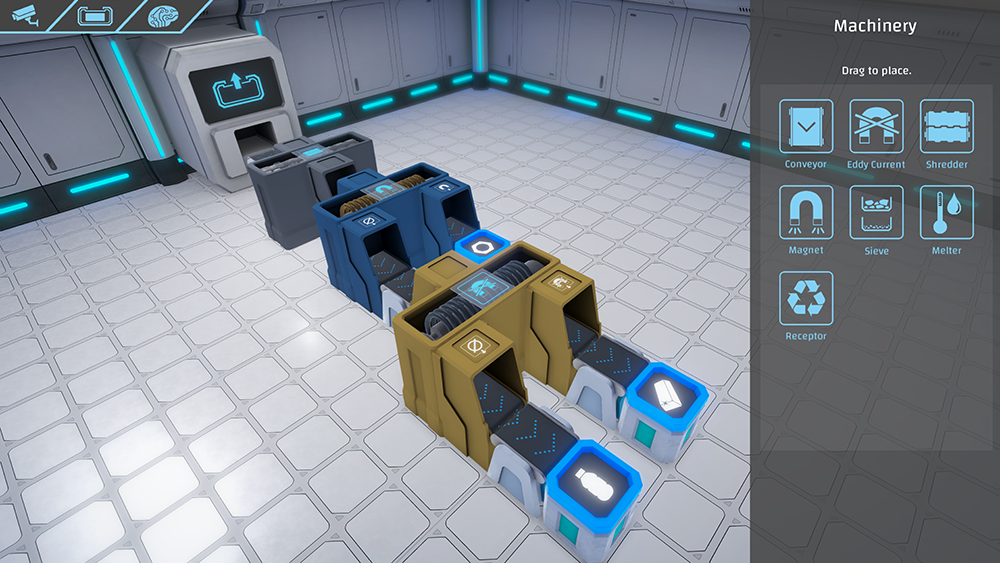 Educating the wider society on the importance of recycling

Nowadays, people are encouraged to sort some of their domestic waste as a first step to recycle the collected material. The importance of a correct sorting for an optimal recycling process is, however, not clear.  To increase the awareness of the importance of recycling and the separation steps that precede it, the GAMES project developed COSMICLEAN, an attractive mobile game for the education of the wider society on the recycling of materials. The COSMICLEAN game is accessible and fun for inexperienced players, i.e. people having no affinity with recycling or games, as well as for experienced players, e.g. chemical/material engineering students. By playing on these two levels, not only the general public but also youngsters and children are reached, with a view to raising enthusiasm for STEM and a recycling society.

COSMICLEAN consists of 57 levels of gameplay where the player is taught on the technical possibilities to separate materials (e.g., plastics, metals, bricks) with different technologies (e.g. sieving, dense medium separation, magnets, melting). It is an educational puzzle game teaching players about the challenges of recycling through a thrilling space adventure. The game can be played in four languages (English, French, Dutch and Estonian).

The EIT RawMaterials support of the project and the developed game were instrumental in successfully winning the European grant for the MSCA-ITN CHARMING project in which 15 PhD students are collaborating on developing immersive technologies (games, augmented reality, virtual reality) for the education of chemical science and technology.

I expect that COSMICLEAN will contribute, with fun and entertainment, to educate the next generation with basic principles of good design and recycling practices.

COSMICLEAN won the Comenius Edu-Media Seal 2019. Founded in 1995, the Comenius-EduMedia awards are aimed at outstanding products in the field of ICT-supported educational media. They are awarded annually by the Society for Pedagogy and Information, a European organisation for multimedia, educational technology and media didactics.

As a result, it is expected that young potentials are attracted to educational programmes in the domains of chemical, materials and environmental engineering, while in general a positive vibe is created with regards to recycling.

Supporting the research and development in a project such as GAMES, is important since it clearly focuses on the sustainability engagement of the chemical industry. The game builds a bridge between academic insights in modern learning and development, the vision and values of the chemical industry and most important: young students, interested in science and technics, who are the future generation for both industry and academics.

In the distant future, an intergalactic garbage truck crashes into a remote asteroid. Now it is up to you, the spaceship’s superhuman AI, to make repairs. You will have to sort, sift, and separate your way through the so-called worthless cargo. Should you find your way back home, the lessons you learned along the way might just start a revolution in our thinking about what “garbage” really is.