Diversifying Geosciences for a Better Future

Diversifying Geosciences for a Better Future

The aims of the EIT RawMaterials-funded ENGIE project are straightforward: raise awareness of the geosciences among young girls and women, and improve the gender balance in geoscience. Dig a little deeper though and you will discover the towering, global benefits of these simple goals becoming reality. Benefits that will have far-reaching implications for a climate-neutral planet and for human existence.

Éva Hartai, Honorary Professor at University of Miskolc, Hungary, is the Coordinator of the ENGIE Project. She explains the truly underestimated significance of geoscience on all our lives:

If we do not understand the earth’s processes, we cannot make decisions for the future. Geoscience is wonderful because it explains everything around us, all the materials that come from the earth and the earth’s processes. Geoscience tells us how we can use these raw materials in a sustainable way. It tells us how we can fight against natural hazards and climate change. If we want to act in an environmentally-responsible way, and take care of the planet, then we have to have a general knowledge of geoscience. This is the main problem – that people are not aware of this. It would be so beneficial to all of us, and to the planet, if people were aware of geosciences.

Thus, the ENGIE project, fully funded by EIT RawMaterials, was born – in January 2020 – to single-handedly raise that awareness. And raise awareness it has. The project now has 25 partners across 21 European countries. 40,000 young people in Europe have been directly impacted and engaged. Indirectly, through website and social media engagement and followers, this number grows to more than 700,00. (The numbers are calculated through regular reports by the project partners and careful impact assessments).

Word has also spread to New Zealand and Africa, with Éva receiving requests for participation from individuals and organisations in those countries. Éva is confident that as many as one million people will be indirectly impacted by ENGIE by the end of 2022.

This is why EIT RawMaterials has nominated Éva Hartai for the EIT Women Leadership Award. The award recognises exceptional women in the EIT community.

ENGIE stands for ‘Encouraging Girls to Study Geosciences and Engineering’. It began with the aim of spreading awareness of geosciences, and inspiring secondary school female students to enter the geosciences as a career.

Éva says an improvement in the significant gender imbalance in geosciences will have a hugely beneficial impact on achieving 2050 climate-neutrality goals:

We need to be inclusive and diverse, because diversity improves efficiency. If we improve the gender balance, the result is that we will have more efficiencies and that products will be improved. Studies have confirmed that diverse teams are more creative and innovative. This is how ENGIE will help Europe reach the 2050 goal, by helping to improve gender imbalance in everything from mineral extraction to environmental engineering. 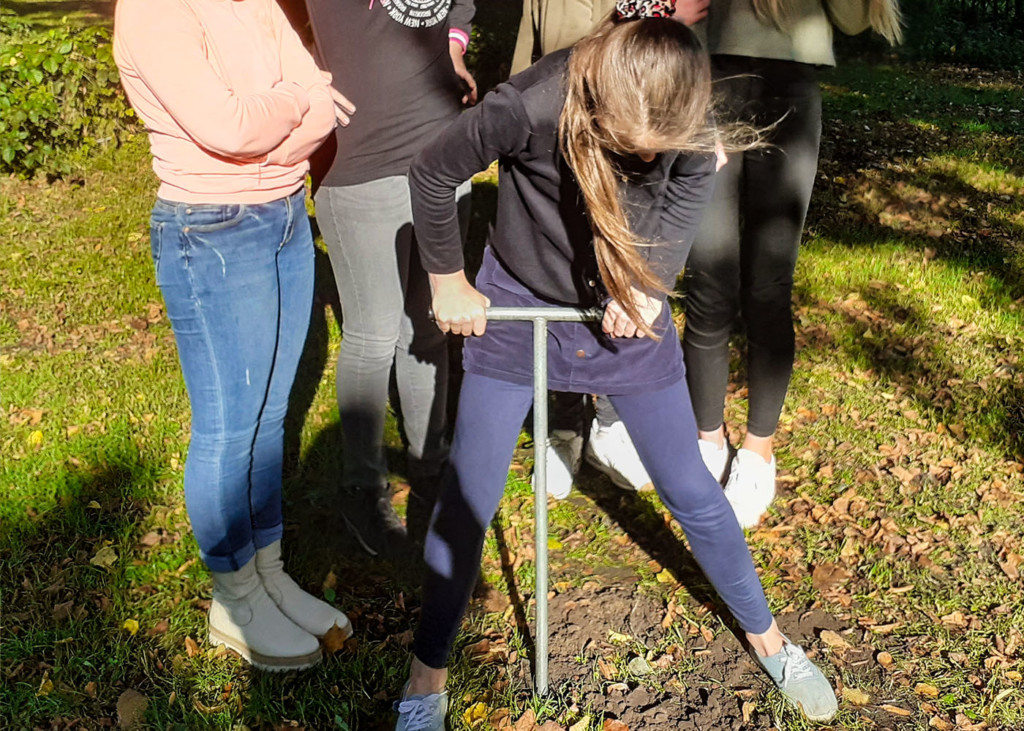 At the beginning of the ENGIE Project, the consortium carried out a Europe-wide survey on the interest of secondary school students in geosciences. This confirmed that the knowledge of young people in these fields is very limited. Awareness-raising activities and initiatives then began in earnest across Europe, aimed at girls aged between 13 and 18. However, with ENGIE’s fierce commitment to inclusivity, younger or older children and young adults, are never excluded.

The ENGIE Project’s commitment to inclusion and diversity has also meant that over time, young men have engaged as their interest in the project increased. Éva explains:

ENGIE in the Field

On any given day across Europe, an ENGIE Project activity can range from science clubs and geo-scientific field trips (more than 5,000 participants), Researchers Nights (more than 10,000 participants), or any one of hundreds of webinars produced in the native language of the audience attending (more than 7,000 attendees). There is also the ENGIE Girl’s Day, and ENGIE University Open Day. There are the hugely successful video and photography competitions, and the ENGIE Magazine which attracts a significant readership. A recent video, created by ENGIE on the importance of the geosciences, has been nominated for the Earth Futures Festival. This is an initiative connecting the earth sciences to the arts to raise international awareness.

Éva is especially proud of the methodology course for science teachers. This can be freely downloaded from the ENGIE Project website. The aim is to teach geosciences in secondary schools in an attractive way. Unlike other courses of its type, it is not a general introduction to geosciences, but includes six modules on very specific ‘hot’ topics to ensure that the course is engaging and inspiring. The modules include subjects ranging from climate change, through geothermal energy, to natural hazards. Presentations and slides have been created by top European experts, organised by Éva from her many contacts in the European Federation of Geologists.

This activity and awareness raising is having a direct effect on the understanding and interest of young people in geosciences. Detailed impact assessments will be carried out when the ENGIE Project comes to a close in December 2022. Éva is confident that new projects will emerge from these outcomes. She is also content with the long-lasting impact the ENGIE Project will have across Europe:

There is an indirect, environmental impact because through these activities more young people have become familiar with the Earth’s processes and the human effect on our planet. This understanding from an early age will help them in developing responsible environmental behaviour when they become adult citizens.

The winners of the EIT Awards will be announced on 11 October at the EIT Brussels Summit. The Summit is part of INNOVEIT WEEKS. 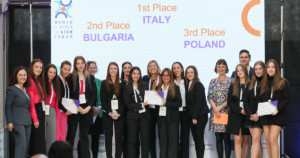