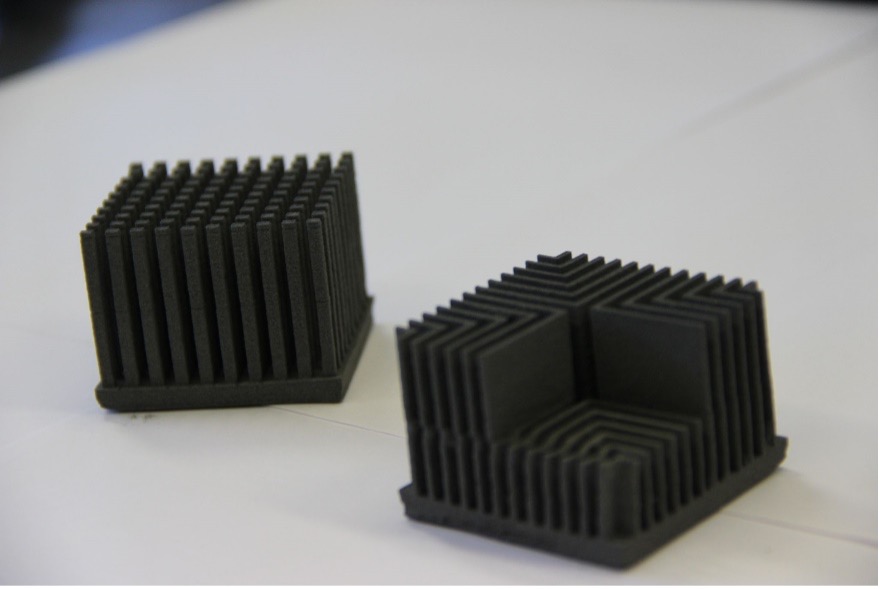 A friend of mine, a leading engineer in a well-known electronic company, frequently complained that their prototyped mobile hand-watch became hot quickly. They were looking for an advanced cooling system, which should be small, light and eliminating heat quickly. Just for fun, I made for her a 3D printed metal-based heat sink to test. She was fascinated by the result. I understood that I could make a difference. I built a strong team and started the entrepreneurial journey.

The power of network

Back in 2017, FACT Industries took part in a competition of the best start-up idea in Tallinn organised by Estonian Fund Prototron and EIT RawMaterials Innovation Hub Baltic Sea. The team took the first place and supporting hands to establish and develop FACT Industries. The team of EIT RawMaterials Innovation Hub Baltic Sea supported the young start-up not only financially but also helped in networking and establishing collaborators.

Later on, the team received financial support in the RM Booster programme in 2018. FACT Industries participated in the EIT RawMaterials Call for Projects in 2019 and received Fast-Track project funding in 2020. Moreover, last year the team received funding from the Booster Call in response to the COVID-19 crisis as part of the EIT Crisis Response Initiative.

EIT Community provided the start-up with support in business development and network generation, which had a crucial role in the growth of FACT Industries.

As of now, the team’s key milestones include collaboration with the European Space Agency to fit their product to the space needs. Also, FACT Industries is extending the contractors and collaborators’ list and geography from Europe to Asia. The team established a new laboratory in Armenia, which provides supplementary research and produces customised bioimplants. The start-up launched a small scale production line and attracted private investment of USD 30 000 in December 2019.

FACT Industries’ innovation journey continues as they now have a team of four people and have significantly increased turnover since 2018.