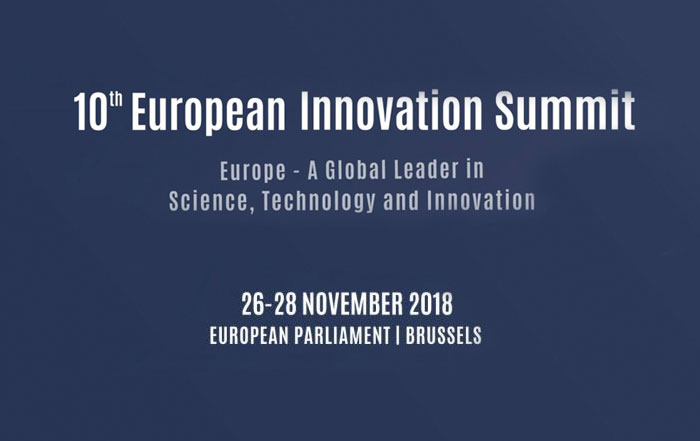 Europe – A Global Leader in Science, Technology and Innovation

The annual  European Innovation Summit celebrated its tenth anniversary in Brussels during the last week of November.

Spearheaded by Knowledge4Innovation (K4I), the summit has grown to become the continent’s premier cross-sector industry and policy event focused on generating new ideas and connections linked to frontier impact innovations, especially emerging technologies with the potential to accelerate Europe towards a sustainable future. Held in the European Parliament, it brings together policymakers, industry leaders, academics and early stage businesses united in their desire to push boundaries and shift paradigms in their common quest to keep Europe at the forefront of efforts to build a better world.

EIT (European Institute of Innovation and Technology) Community was represented by EIT RawMaterials COO, Managing Director Andreas Klossek and EIT Digital CEO, Willem Jonker who both delivered the speech on the importance of bridging business, research and education and the impact of innovation, digitalization and human capital in Europe.

Three days of diverse debates have focused around subjects such as the role of data; the synthetic cell revolution; electromobility; robotics and artificial intelligence. Conference sessions took place around policy areas such as Horizon Europe; Cohesion Policy and looking to the past and future of innovation policy. All have challenged thinking and created connections for furthering innovation impact in Europe.

‘’Research and innovation are undoubtedly the driving forces for growth, jobs and well-being, and the new Multi-annual Financial Framework, Horizon Europe – and related programmes, like Digital Europe, will set the continent’s direction for the next decade. The summit is a vital piece of the jigsaw, providing impetus, signposting stakeholders to key opportunities, and creating a pan-European voice for innovation. “This anniversary European Innovation Summit discussed the future with the people creating it: industry, R&I actors, innovators, citizens, policymakers, investors, and for the first time, a selection of Young Innovation Leaders. As part of the second edition of the EUTOP50 Founders and Tech Festival, which runs alongside the summit, we launched a new mentorship programme for a selection of promising startups that applied during the EUTOP50 competition,” said Roland Strauss, Managing Director, K4I.

“As the leading innovation platform in the environment of the European institutions, Knowledge4Innovation is making an urgent call to establish a group of leading innovation actors – technical universities and research institutions, venture capital and private equity investors, angel and alternative investors, Corporate Venture organizations (CVC), Family offices and incubators/accelerators. In order to jointly advance the innovation agenda on a pan-European level we need to ensure that our excellent knowledge base is put to work and that it enables talented young innovators and entrepreneurs that can help Europe to stay globally competitive,” added Roland.